You are here: Home / Skill / Easily Add Humor to A Speech

For some reason people like to complicate adding humor to a speech. Look around online and you will find all kinds of useless, vague, generalities.

Once you get past these ‘vagueralities’ and dig into the science of humor and laughter you will find the triggers of human laughter. One such trigger is incongruity or juxtaposition.

Here is one of my favorite examples:
Carol Leifer

Sex when you’re married is like going to a 7-Eleven. There’s not as much variety, but at three in the morning, it’s always there.

Now, your audience will determine if you would tell a joke like that but the structure is sound and very powerful.

Why is this funny?

At the heart of the joke is the unlikely combination of sex and a convenience store. You can use this powerful technique to add humor to your speeches too.

If you don’t recognize any existing opportunities in your speech, add them by introducing the second topic. Think to yourself what is this like? Once you have the two distinct subjects, make a list of all the associations for each subject; the longer the list the better.

Go ahead and make some lists for everything airport/airline and everything Disneyland.

When I do that list the first thing on Disneyland is fast pass. I can now use the idea of “fast pass” and add more humor. How? Simply by adding, “except security at the airport won’t honor a fast pass.” Once you have the idea and know how incongruity works you can use it to craft several lines and find the best one for adding humor to your speech.

Here is another example from my daily practice of joke writing.

I like to go through the paper looking for headlines. When one catches my eye, I write it down and start working on writing 20 jokes. Last fall, this headline piqued my interest.

The first thing I did was create the lists. 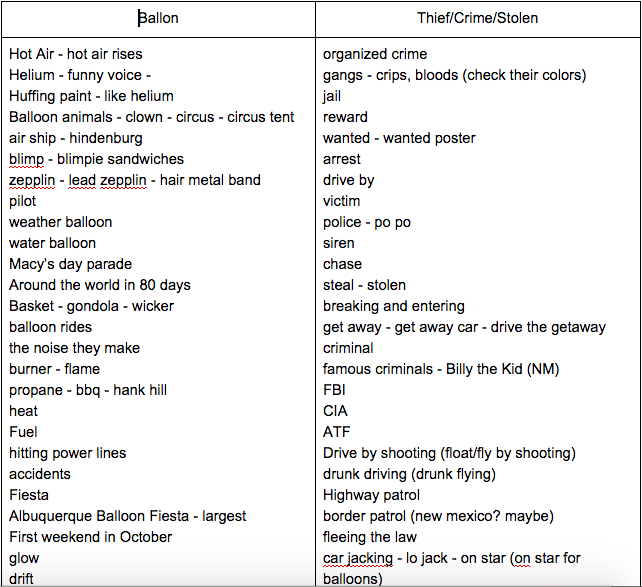 And by combining items from the two lists, I generated these (and more) joke possibilities… 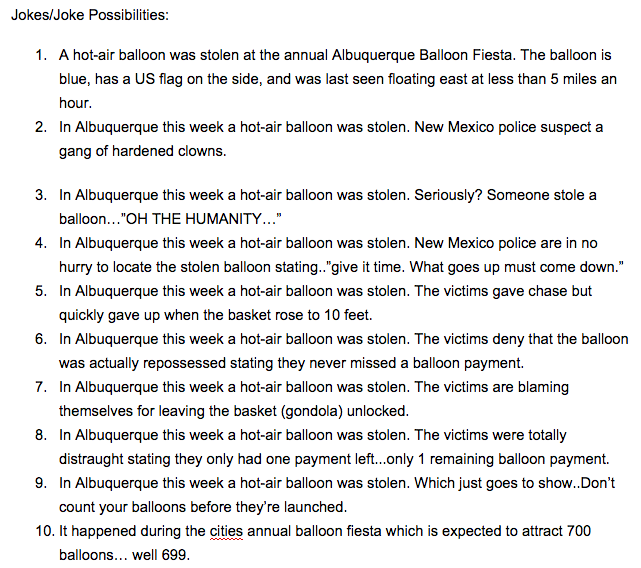 Interested in adding humor to your speeches and presentations? Check out The Laugh Generator Process.