You are here: Home / Archives for Exercise 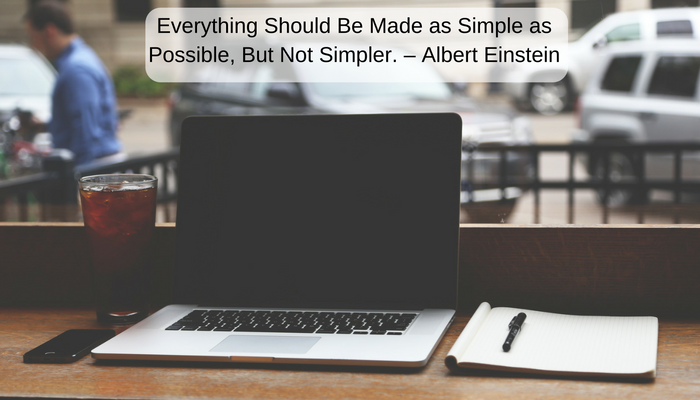 Everything Should Be Made as Simple as Possible, But Not Simpler. – Albert Einstein

When it comes to being funny and making people laugh, one theory stands apart from the rest and that theory is SURPRISE.

Why do people laugh? In the book Comedy Writing Secrets, Mel Helitzer shares that psychologist Patricia Keith-Spiegel has identified two primary reasons for laughter, one of which is surprise. The other reason is superiority but for now, let’s focus on surprise.

Surprise is the focus for a couple of reasons:

And, SURPRISE just so happens to have a mechanical element that allows anyone who understands it to use it to make people laugh.

How do we surprise people?

We are going to create surprise by using our audiences’ human nature against them.

In the book Understanding Interpersonal Communication: Making Choices in Changing Times, the authors discuss something called the listening gap. Basically, we can understand up to 800 words a minute but most people speak in the 150 to 200 words a minute range.

As a result, our audience is ahead of us. Each member is creating a visual and even anticipating or expecting what is going to be said next.

In addition, all the words and phrases we use have an expected and assumed meaning behind them. Likewise, out tone and body language add to that expected, assumed meaning.

As a result of the “listening gap” and the assumed meaning of words, we can play with this visual and assumed meaning and “surprise” them when we don’t agree with the visual or assumption.

Because we twisted the assumed meaning and created a surprise.

The key skill then to creating a surprise and generating a laugh is to recognize the assumed meaning and expectation.

The second sub-skill is to twist the assumed meaning to be something else.

Brian Kiley: “The other day our boy talked back to my wife. She told him to do something and he said “No. I don’t want to.” So I had to pull him aside and said “Listen, you have to…”

Up until this point, what is the assumption? What is the expected or acceptable way for Brian to complete the sentence?

Now that the expected conclusion is formed in your mind, you are primed for a twist.

The other day our boy talked back to my wife. She told him to do something and he said “No. I don’t want to.” So I had to pull him aside and said “Listen, you have to…”

Note on timing: the three dots, an Ellipsis, is used to indicate a pause and allow the audience time to solidify the assumption and expectation in their mind prior to twisted it for the laugh. See…Timing can be taught and learned too.

To generate a laugh by using surprise, the idea is to twist the statement’s expected meaning until the statement has a new meaning.

The literal interpretation is a common way to twist a statement:
“I just flew in from Chicago and boy are my arms tired.”
“Call me a cab.” “Ok, you’re a cab.”

A common way to twist a statement is to use exaggeration.
Brian Kiley: “My wife is the one who talked my into shaving my head, she said I’d look much younger and I do. I now look like I’m a week old.”

We can also twist on double meanings of words.
Rodney Dangerfield: What a childhood I had. Once on my birthday my ol’ man gave me a bat. The first day I played with it, it flew away.

We can twist with an afterthought:
Rick Olson: My wife and I were about to embark on this bicycle ride with 8,000 other cyclists. That is a lot of spandex.

We can twist by clarifying the meaning:
Jim Gaffigan: Babies are a lot of work, I try to pitch in, I do diapers. I don’t change them I just say ‘you need to do this diaper.’

Statements often contain expectations or assumptions centered around: who, what, when, where, why, how.

Who: Rick Olson
I love high-heels and I beg my wife to wear them. She finally agreed and said this weekend she would… let me.

What: Brian Kiley
One thing I remember, we used to do something called family night, where we set aside one night a week for each of us to spend a night with a different family.

When: Brian Kiley
You want your kids to be perfect and they’re not my wife told me today that my daughters been shoplifting and now I have to deal with that…I’m going to wait until after my birthday.

Why: Brian Kiley
I call my wife pumpkin because she always gets smashed around the holidays.

How: Brian Kiley
I found out today that my wife’s parents are coming to visit and my wife hasn’t mentioned anything yet. I can just tell the way the animals in my neighborhood are behaving.

Statement: When I cook I use wine.

1. Sometimes I even put it in the food.

Simple. Sometimes we quite too early and miss out on the best joke. Also, when we start a creative act we tend to be “in our heads” and simply spending a little time in the act allows the process to really gain momentum.

Also, if you remove the burden of being good and go for quantity, you will have more fun and will enjoy the process.

Finally, because John Vorhaus says so in his book The Comic Toolbox: How to be Funny even if You’re Not.

John Vorhaus, THE RULE OF NINE:

Depressing? Not really. In fact, the rule of nine turns out to be highly liberating because once you embrace it, you instantly and permanently lose the toxic expectation of succeeding every time. It’s that expectation, and the consequent fear of failure which give your ferocious editor such power over you. Remove the expectation and you remove the power. Simple, clean; a tool.

When it comes to being funny people love to complicate it. Maybe with good reason as the number of reasons we laugh, what we laugh at and why we laugh can be complicated. But, if you study it and read some books, you will quickly see how simple being funny can be.

I’ll save you a bunch of time and reading by boiling it down for you.

The surprise theory is one of the primary theories of laughter and being funny. In fact in The New Comedy Writing Step by Step, Gene Perret quotes comic Tom Dreesen:

Comedy is nine-tenths surprise. The audience laughs because they didn’t think you were going to say that.

And in Comedy Writing Secrets, Mel Helitzer shares that:

Surprise is one of the most universally accepted formulas for humor. A joke is a a story, and a surprise ending is usually its finale.

In addition, the authors of Inside Jokes get a little more detailed:

We laugh when we find that something we’ve momentarily believed to be the case isn’t in fact true.

Are you getting the idea?

How does this help you be funny? Simple. If you want to be funny and make people laugh you can use surprise to do it. One of the easiest ways to create surprise is based on the idea shared in Inside Jokes; defeat of expectation.

John Vorhaus talks a lot about expectation and defeat of expectation in Comedy Writing 4 Life and The Comics Toolbox. The idea is simple. Let’s start with an example.

The expected answer then is “yes or “no” or something very close to it. What if instead you answer with “No I usually let him sleep in.”

Now, instead of the expected, we have the unexpected and when said along with a point to your husband, boyfriend or even your dog, the expected answer and accepted meaning of grumpy has been changed from a “bad mood” to mean a nick-name or term of endearment.

My favorite examples of defeat of expectation in dialogue comes from the TV show Cheers.

A compilation of Norm’s answers to a couple of questions as he is entering the bar:

You can see how the writers of Cheers twist the expected answer and get laughs. You can be funny doing the same thing.

Start paying attention to the questions people ask when you are at the store, coffee shop, etc. Write them down and think about the expected answer and some possible ways to twist the meaning and be funny.

If you desire to be funnier in the moment you need to quickly create a list in your head.

If you are writing jokes for your speeches or presentations you have time to sit and create a list.

Either way its a foundational skill you need to have to be funnier. 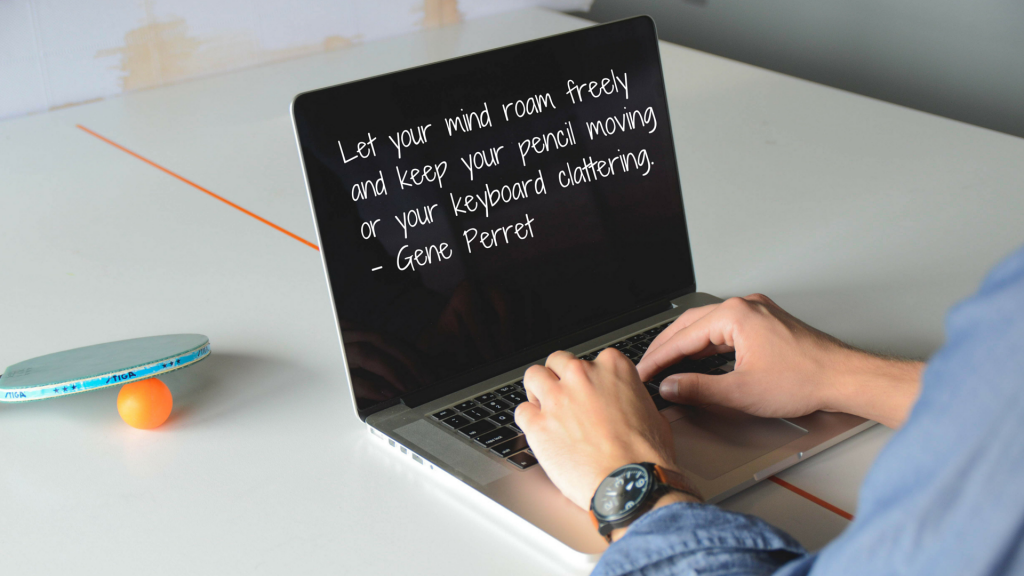 Let me give you an example from Conan O’Brien:

In West Virginia yesterday, a man was arrested for stealing several blow up dolls.

A headline from the news, how do we make it funny? Most people will sit there, frustrated, trying to “think of something funny.” If that works for you great! If not, let’s get to work.

Start writing down everything you can think of related to blow up dolls. If that is too vague, start with the Who, What, When, Where, Why and How of blow up dolls.

Eventually you’ll write down something that triggers your mind about how these dolls are actually blown up. Someone has to blow them up. With a machine, at the gas station, with a tire pump, or maybe manually. Here is how Conan’s writers solved the puzzle and made the line funny.

In West Virginia yesterday, a man was arrested for stealing several blow up dolls. Reportedly, police didn’t have any trouble catching the man because he was completely out of breath.

Writing down everything associated with blow up dolls leads us to that punch line. That is the simple, mechanical nature of humor. The challenge is practicing, doing the work and developing the skill.

Here is an exercise that will help you develop this necessary skill: 185 Blanks Walk Into A Bar.

Fill in the blank:

185 mushrooms walk into a bar.
The bartender says, ”We don’t serve mushrooms here.
”The mushrooms say, “Why not… we’re fun-guys.”

185 doctors walk into a bar.
The bartender says “I’m sorry, we don’t serve doctors.”
The doctors say “Not even a shot?”

Do this exercise at least once a day this week. Put something in the blank and then start writing down everything you can think of related to the thing you put in the blank. Eventually you will find something that associates with the bar and will complete the puzzle.

By the way, don’t worry if it’s funny. Just focus on the exercise of writing down everything and solving the puzzle.

Do the work…To A Funnier You!