You are here: Home / Skill / Using Humor in a Presentation? Don’t Listen to this Tip! 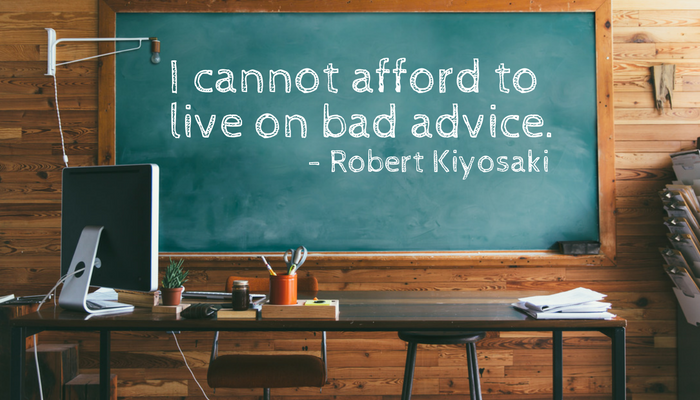 Interested in becoming a great public speaker? Don’t listen to this advice from the Immediate Past President of Toastmasters International, Jim Kokocki, DTM.

In an October 6, 2016 article on Entreprenuer.com, the staff writer shares:

It’s common for speakers to start out with a joke, but Kokocki discourages it unless the joke serves a specific purpose. If someone is already nervous about giving a speech and then their opening joke falls flat, it could spell bad news for the rest of their performance.

Although a Distinguished Toastmaster (DTM), Mr. Kokocki misses the mark with his tips or rather lack of tips on using humor in a presentation. Tips on how to improve public speaking are everywhere. Unfortunately, not all the tips are helpful or beneficial so you have to be discerning when it comes to taking advice.

My issue with this advice is a lack of clarity around jokes and the purpose of jokes in addition to the uninspired tip that if the joke falls flat, the rest of your performance will suffer.

In this article I’ll help you understand that any opening can fall flat, embrace the idea that opening with a joke is good approach, and clarify the one and only purpose of a joke. Oh yea, I will also provide a definition of a joke that simplifies, rather than confuses, using humor in a speech or presentation.

Sure, that’s true. But, if someone is nervous any opening, not just telling a joke, has the potential to fall flat. What’s the solution to not having an opening fall flat? The very promise of Toastmasters is the answer. Toastmasters International provides a safe environment for members to improve speaking skills, including telling jokes, through practice. I joined Toastmasters specifically so I could practice my stand-up without having to go to another wretched open-mic.

What’s the solution to ensuring an opening joke doesn’t fall flat? The answer is practice and test it out. On his blog, James Altucher shares his 11 Unusual Methods for Being a Great Public Speaker.

Altucher’s unusual method #1 is: Start off with a joke.

This is a must. People need to laugh within the first 30 seconds or else you’re going back to your cubicle at the pencil factory and they will never remember you.

I spend about at least one to two hoursbefore the talk coming up with the first joke because I know that’s what starts off the good feelings for the rest of the talk. I usually make it relevant to the locale and the topic or the news

Now let’s look at, “Don’t tell a joke unless the joke serves a specific purpose.”

My first issue with this tip is the failure to provide clarity around the idea of a joke. Is the advice referring to common “street” or “canned” jokes? What is Mr. Kokocki referring to when he says joke? If we hope to benefit from the advice, we really need to clearly understand what we are talking about.

What is a joke and how is it defined? Type “define joke” into a search engine and you’ll see:

A thing that someone says to cause amusement or laughter, especially a story with a funny punchline.

Let’s take the additional step and use Dictionary.com and Webster.com.

Something said or done to provoke laughter or cause amusement, as a witticism, a short and amusing anecdote, or a prankish act – dictionary.com

Something said or done to provoke laughter; especially : a brief oral narrative with a climactic humorous twist – webster.com

Finally, let’s get an expert’s opinion on the definition of a joke. Here is an excerpt from the book 10 Commandments of Comedy by Emmy-Award Winning comedy writer Gene Perret.

Jokes are the basic building block of humor. Jokes are to humor as bricks are to a building. The jokes are not the structure, but they are the units that compose the structure. They are the bricks that build model logs, sketches, sitcoms, humorous place, teleplays, and screenplays.

The recommendation or admonition, “only use humor to further your message or make a point” is wrong and misguided. The purveyors of such advice fail to understand, recognize, and accept one simple fact; the purpose of a joke is to make the audience laugh.

Your speech content should make the point and contain the message. The jokes are there to make your audience laugh.

According to John Medina, author of Brain Rules,

“You’ve got 30 seconds before they start asking the question, ‘Am I going to pay attention to you or not?’ The instant you open your mouth, you are on the verge of having your audience check out.”

The joke entices your audience to pay attention via the disruption trigger. According toBen Parr, author of Captivology: The Science of Capturing People’s Attention:

The Disruption Trigger is an event – a person’s behavior or a change in our environment that disrupts or violates our expectations of how the world should work. It is this violation of our expectations that forces us to pay attention.

Put your audience at ease and lower stress

One of the best benefits of making your audience laugh is that laughter helps your audience undo the stress of their day, their week; even momentarily and that is truly a gift.

Along with lowering stress, the laughter puts your audience at ease. You can even watch your audience breathe a collective sigh of relief knowing that you won’t be another boring speaker.

Create a connection with your audience

According to Sophie Scott, British neuroscientist, laughter is the strongest bond builder there is between humans. She explains, “It’s a behavior we think is about amusement, but actually it’s about affiliation, agreement and affection.”

“Laughter is the shortest distance between two people.” – Victor Borge

In the book How to Hold Your Audience with Humor: A Guide to More Effective Speaking by Gene Perret, Bob Hope shares, “Humor is the welcome matbetween the speaker and the audience. A short joke, a quick laugh, breaks the ice between you and that sea of strangers. When they laugh, they are immediately on your side. The laughter makes them your friends.”

Put you, the speaker, at ease

In his book Ted Talks, author Chris Anderson shares the tale of Monica Lewinsky’s road to her Ted Talk. That Ted Talk received a standing ovation and has since been viewed over 8 million times. Monica was more than nervous.

“Nervousness is too mild a word to describe how I felt. More like … Gutted with trepidation. Bolts of fear. Electric Anxiety.”

And she tried everything to overcome it including meditation, mantras, and the power pose. Plus, she used emotional freedom technique (EFT), breathing exercises, and bioresonance sound work the morning of the presentation.

Did the nerves ever go away?

“… the moment her nervousness went away during her Ted Talk was when the audience erupted with laughter.”

When you watch her Ted Talk, The Price of Shame, the first laughs come before the one minute mark. But, the stress busting laugh happens at the one minute, twenty-twosecond mark. It lasts for over seven seconds.

Now you know that a joke is anything that makes people laugh and that the only specific purpose of opening a speech with a joke is, just that, to make the audience laugh. Plus, you know that getting a quick laugh at the opening of your speech has four specific benefits.

Are you curious about the benefits of using humor?

Are you interested in learning how to intentionally make your audience laugh?